Some of the best comedy shows to see in Las Vegas

You might know Vegas for its Cirque shows and magicians, but Las Vegas is one of the best cities in America to catch a comedy show, too!

Sin City shows are never short on laughs, but these are the best side-splitting shows on (and slightly off) the Strip!

Keep reading to learn about the best Vegas comedy shows. 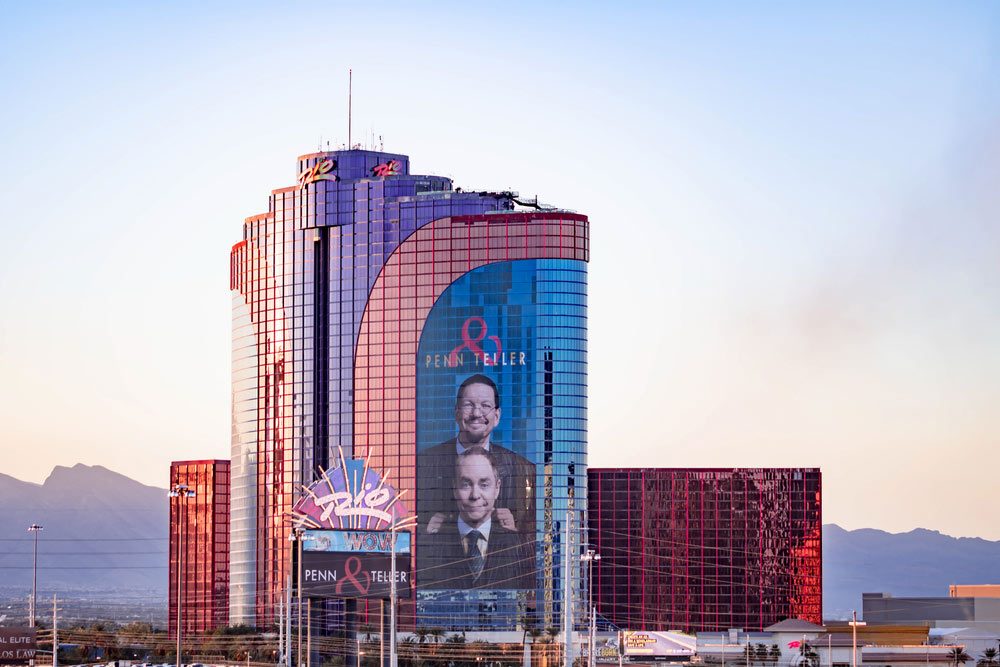 Penn & Teller are the biggest Strip headliners that are not actually on the Strip—their showroom is inside the Rio All-Suite Hotel and Casino, located just off the Strip.

Regardless, this dynamic duo is still one of the top headlining acts in Vegas, and their enduring popularity over the last two decades is a testament to that.

The show changes constantly based mostly on their whims, but expect plenty of acerbic wit and some of the best live magic you’ll see anywhere. 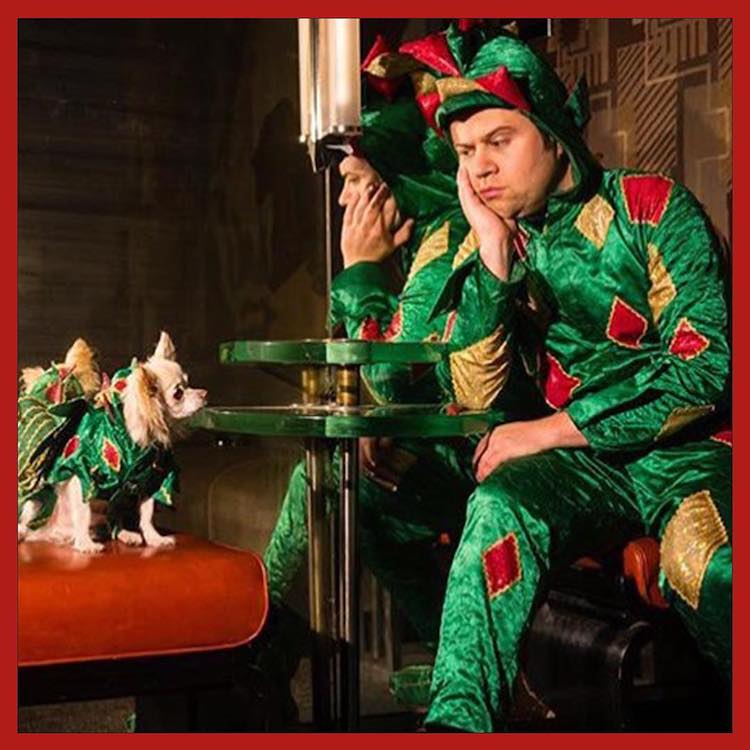 Piff the Magic Dragon is known for his appearances in America’s Got Talent and Penn and Teller’s Fool Us. Via Instagram @piffthemagicdragon.

Piff The Magic Dragon was “the loser” of season 10 of America’s Got Talent (he came in second place), and that is one of the recurring punch lines of his headlining show at the Flamingo Las Vegas.

What else would you expect from a grown man dressed in a dragon costume?

While most of the other entertainers on this list are extremely high-energy, Piff is decidedly the opposite: expect a lot of subtle dry British humor delivered in cantankerous deadpan and even more subtle sleight-of-hand magic that fooled even Penn & Teller.

You’ll also love his little sidekick Mr. Piffles, “The World’s Only Magic Performing Chihuahua” and also the world’s most chill Chihuahua. You’ll be laughing so hard you’ll miss half the jokes, so see it twice! 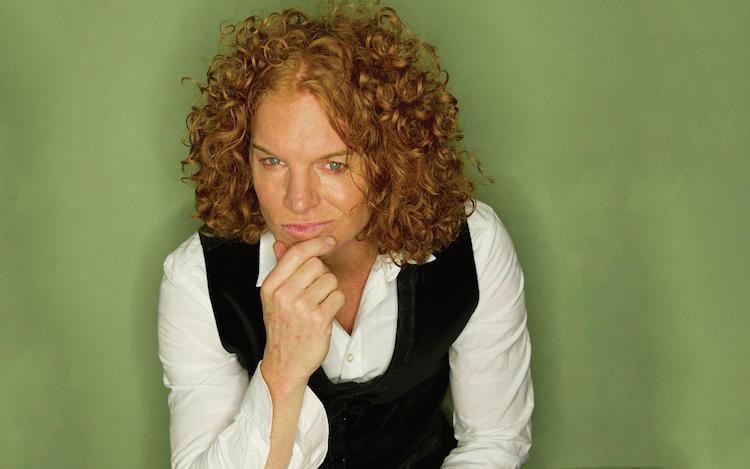 He may look a little kooky, but there’s a reason the flame-fro’ed Carrot Top has been one of the top entertainers in Vegas for almost 15 years.

During his show at the Luxor Las Vegas, Scott “Carrot Top” Thompson blends of-the-moment observational humor with prop comedy and a healthy dose of explicit material (no one under 16 will be admitted, and under 18 must be accompanied by an adult).

Carrot Top writes new jokes and revises his show constantly based on current events, so this high-energy show changes frequently, even if you saw him a year ago, it’s probably almost an entirely new show now.

Audiences (and locals) widely agree that this hilarious show is one of the best in Vegas, so don’t miss it! 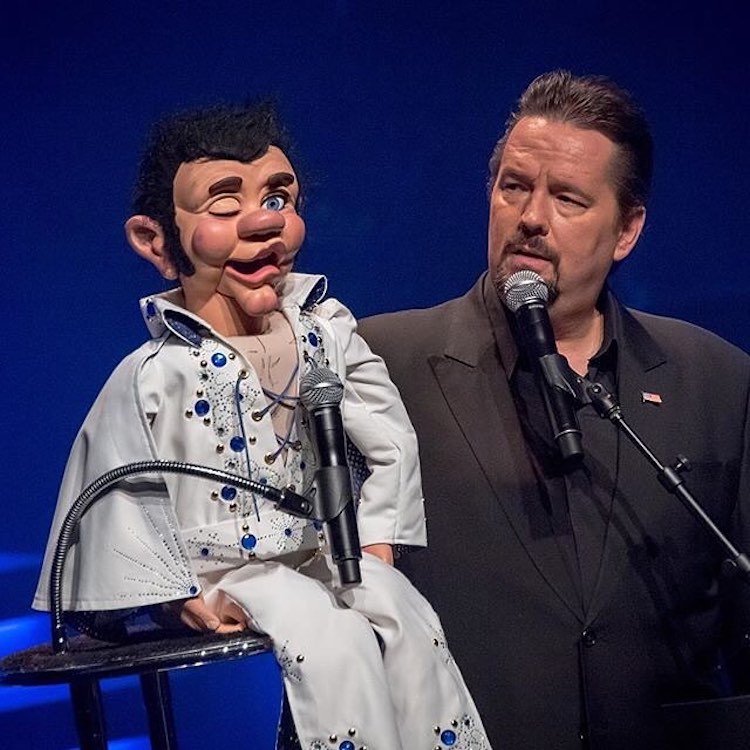 Terry Fator is a comedian, musician, impressionist and ventriloquist. Via Instagram @terryfator.

The triple-threat comedic singer, celebrity impressionist, and ventriloquist Terry Fator parlayed a win on America’s Got Talent into a long-running, successful Vegas residency at the Mirage.

He keeps his material fresh with new jokes (and new puppets), so there is always something new to see at this mostly family-friendly show (some people think it’s a bit too “adult” for kids, but the venue allows children 5+ so you make your own call). 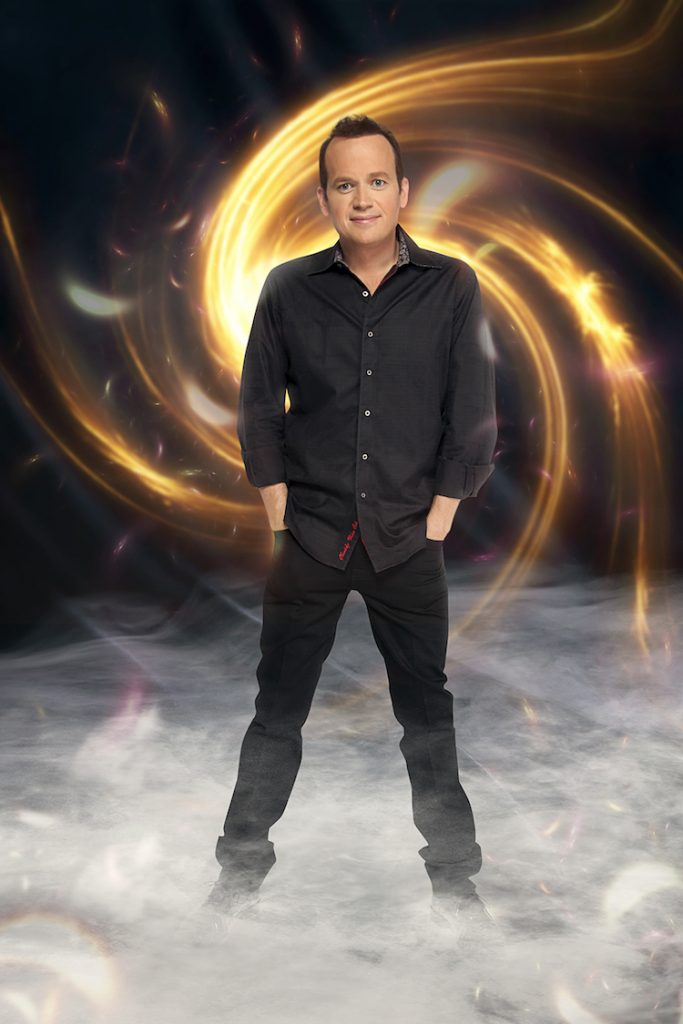 Nathon Burton is also known for his appearances on America’s Got Talent. Photo Credit: nathanburton.com.

There is lots of audience participation with the kiddos in the crowd, so if you’ve got a little extrovert in tow get seats near the aisle and show lots of enthusiasm! 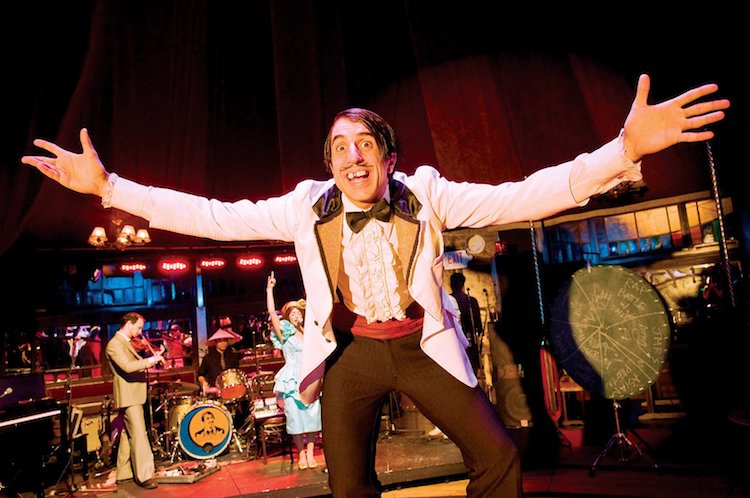 Absinthe will have you rolling in the aisles. Photo Credit: caesars.com.

Welcome to the Spiegelworld, which is sort of like the real world except way, wayyyyyyy raunchier, and the people are much bendier. When Absinthe debuted in 2011, it redefined “Vegas hit show,” bringing bawdy vaudeville and burlesque to the Big Top in front of  Caesars Palace.

Spiegelworld now has a full stable of quirky performers shared between Absinthe and its sister show Opium (with more in the works), so the show is likely to change from one performance to another.

Either way, it’s always hosted by the skeezy Gazillionaire, and the witty (and VULGAR) repartee between him and his sidekick Wanda will have you ugly-laugh-crying. This is aggressively not family-friendly.

The Laugh Factory is perfect for a night out full of laughs featuring a rotating cast of superstar comedy legends as well as the up and comers you’ll remember forever. The Laugh Factory is located inside the Tropicana Hotel and Casino with two different showtimes offered 7 days per week—8:30pm and 10:30pm.

There is no better place to see these comedy legends than the Laugh Factory.

The Comedy Cellar offers two shows at 7:30pm and 9:30pm, seven days per week at the Rio Hotel and Casino. Lineups are available on a weekly basis to ensure the hottest, freshest comedic acts are featured on their stage.

The MC is also a rotating cast of characters and you can even participate in a comedy class to brush up on your jokes and comedic skills.

Famous comedian Brad Garrett’s comedy club at The District at MGM Grand is one of the top spots for comedy on the Las Vegas Strip. One show, at 8:00 pm, is offered seven days per week.

This classy and comfortable venue also has live music including jazz for free at 5:30pm on the weekends at no charge.

Yes. Most show producers are offering free ticket cancellation up to 24 hours before showtime.

Are there age restrictions when watching Las Vegas comedy shows?

Yes.  While there are comedy shows that cater to children aged 5+, most Las Vegas comedy shows are for adults only.