The Las Vegas Strip is one of the most popular vacation destinations in the world. The strip, officially named, Las Vegas Boulevard, is four miles of excitement and entertainment, especially the first three miles of the strip where the majority of casinos are located.

The best way to enjoy The Las Vegas Strip is to start at one end and work your way up or down the strip, popping in and out of the world-famous casinos and hotels. However, not everyone is excited about walking three to four miles under the bright Nevada sun. 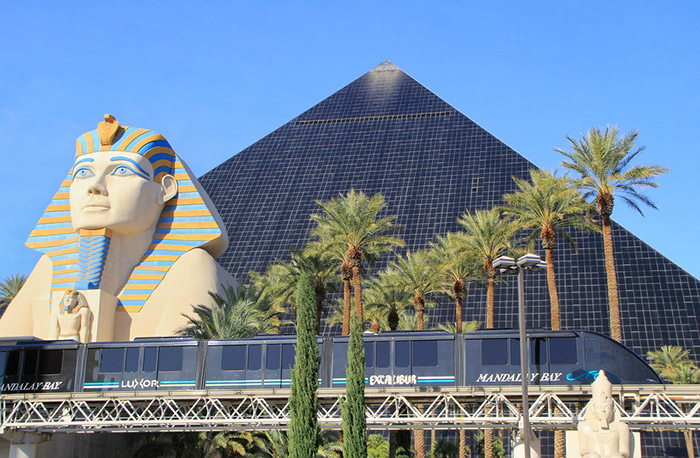 The monorail tram to and from Mandalay Bay

There are three free trams operating between Mandalay Bay and Treasure Island that can help you stay off your feet and still enjoy the majority of Las Vegas Boulevard. 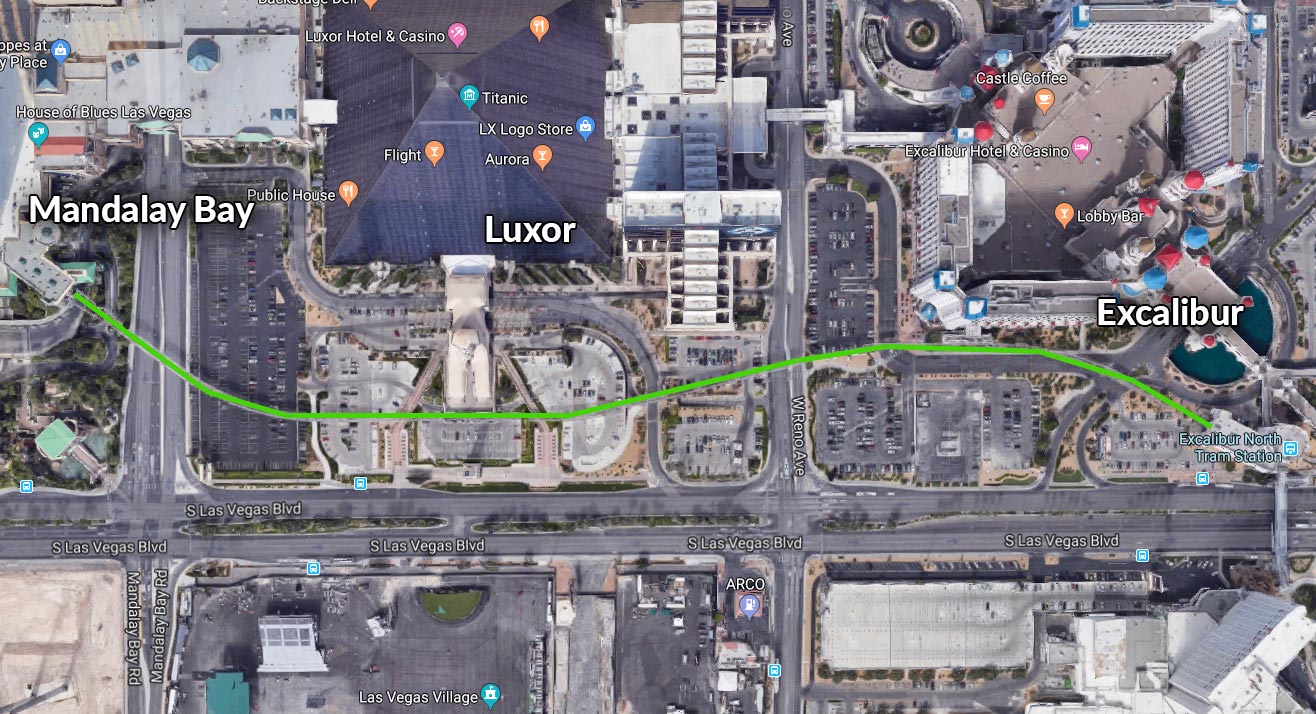 Mandalay Bay, Luxor, and Excalibur are located at the southern end of the Las Vegas Strip. All three hotels are MGM Resorts properties and are located just a few yards from MGM Hotel and Casino and New York New York.

The tram begins at Mandalay Bay, makes a stop at Luxor, and ends at Excalibur; however, there is no Luxor stop on the way back. Only an express tram is available for boarding at Excalibur which takes visitors straight back to Mandalay Bay.

The cars on this free monorail are clean, air-conditioned, and run every five minutes or so. Guests staying at Mandalay Bay can access the southern end of the strip quickly using the tram get to Excalibur and then accessing the pedestrian bridge to get across the street to New York New York or head east, to Tropicana and Hooters hotel, just slightly off the strip.

Please check with MGM resorts to confirm the hours and availability of the tram for 2022.

Use the Mandalay-Luxor-Excalibur tram to visit Shark Reef Aquarium at Mandalay Bay, Bodies or Titanic Exhibits at Luxor and the Tournament of Kings at Excalibur. 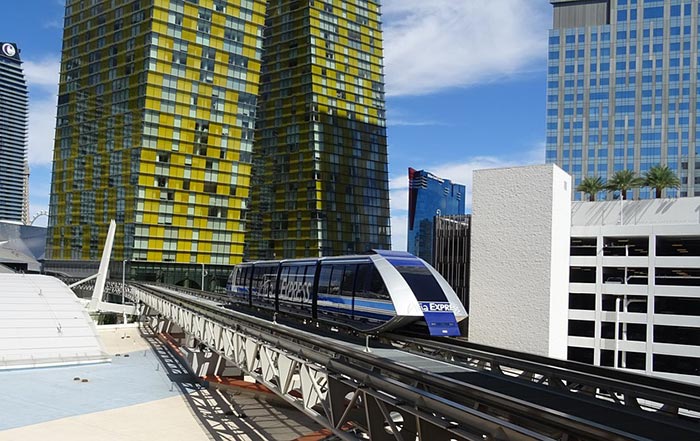 Vegas Vacationers who are on the strip for shopping until they drop will make good use of the Park MGM- Aria-Bellagio free monorail. The tram begins at Park MGM near the Aria Entrance and stops at the Crystals Shopping Mall near the Cosmopolitan, then ends at South Tower of the Bellagio where the spa is located.

Visitors who get off the tram at Bellagio can then access the elevators to head down to the Bellagio Convention Hall and go inside the Bellagio Hotel. Vdara Hotel can also be accessed from this tram with all the same stops on the way back to Park MGM. 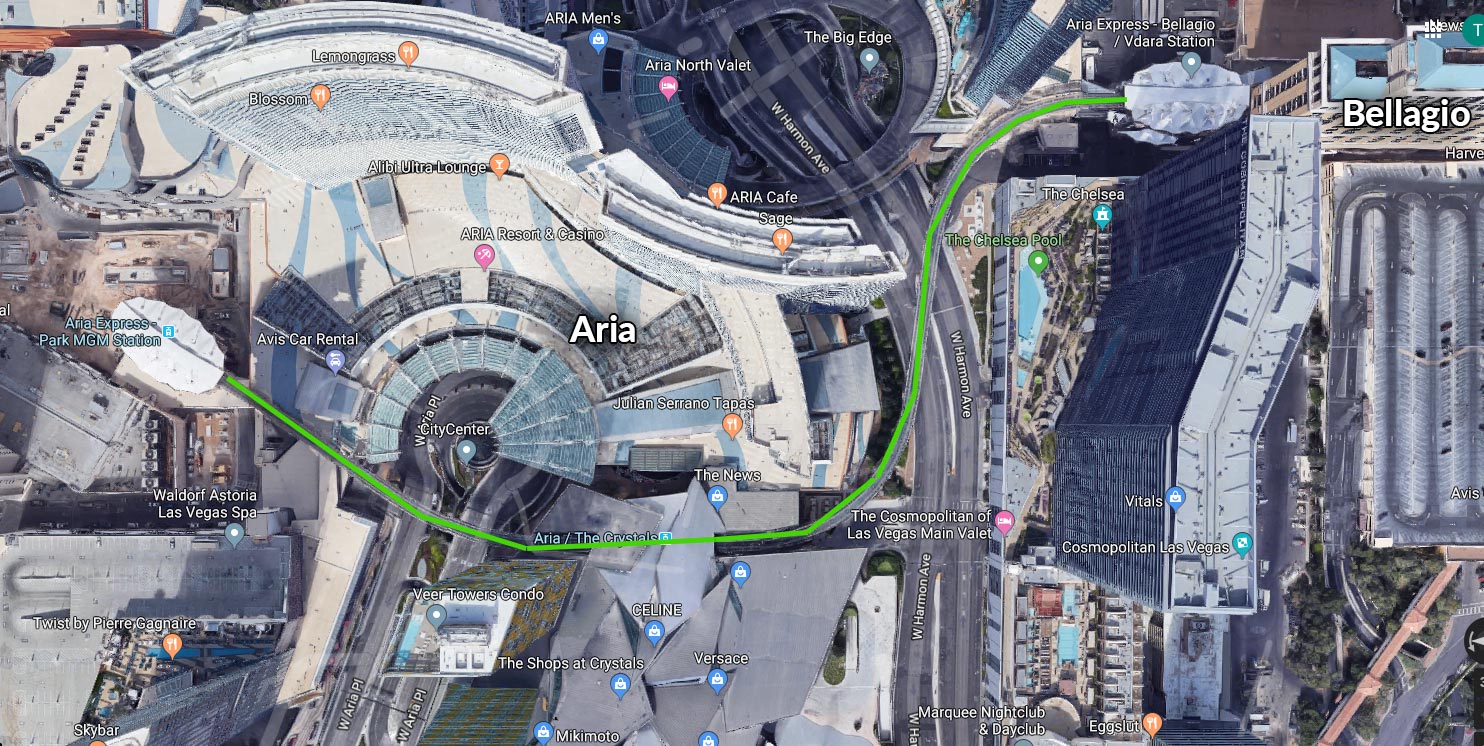 This monorail is an eight-minute right from beginning to end with large cars offering plenty of room for arms full of shopping bags. A train attends each stop every seven to ten minutes.

Please check with MGM resorts to confirm the hours and availability of the tram for 2021.

Use the Park MGM-Aria-Bellagio tram to visit Crystals Shopping Mall, T-Mobile Arena, one of Cher’s Shows, or the Bellagio Conservatory. 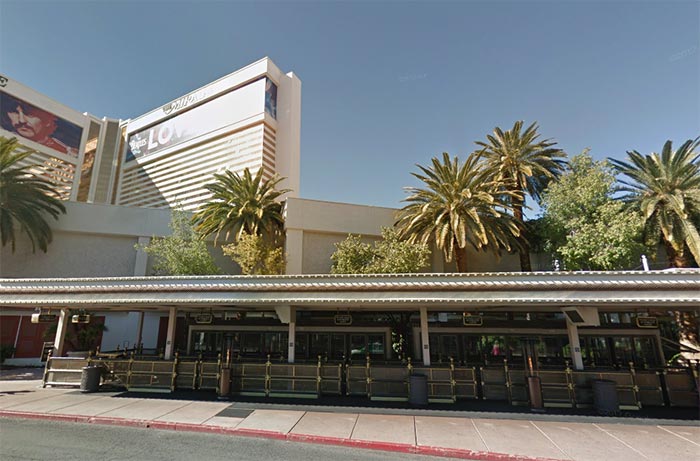 The tram runs between the hotels with no stops in between and takes less than five minutes. The best part of the Mirage-Treasure Island Tram is that the stops are located very close to the entrance of the Casinos at both hotels and require very little walking.

Please check with MGM resorts to confirm the hours and availability of the tram for 2021.

Use the Mirage-Treasure Island Tram to watch the volcanic eruption at Mirage, The Secret Garden & Dolphin Habitat, watch amazing stand up or Shin Lim – the America’s Got Talent winner card magician, or check out Cirque du Soleil’s The Beatles LOVE. 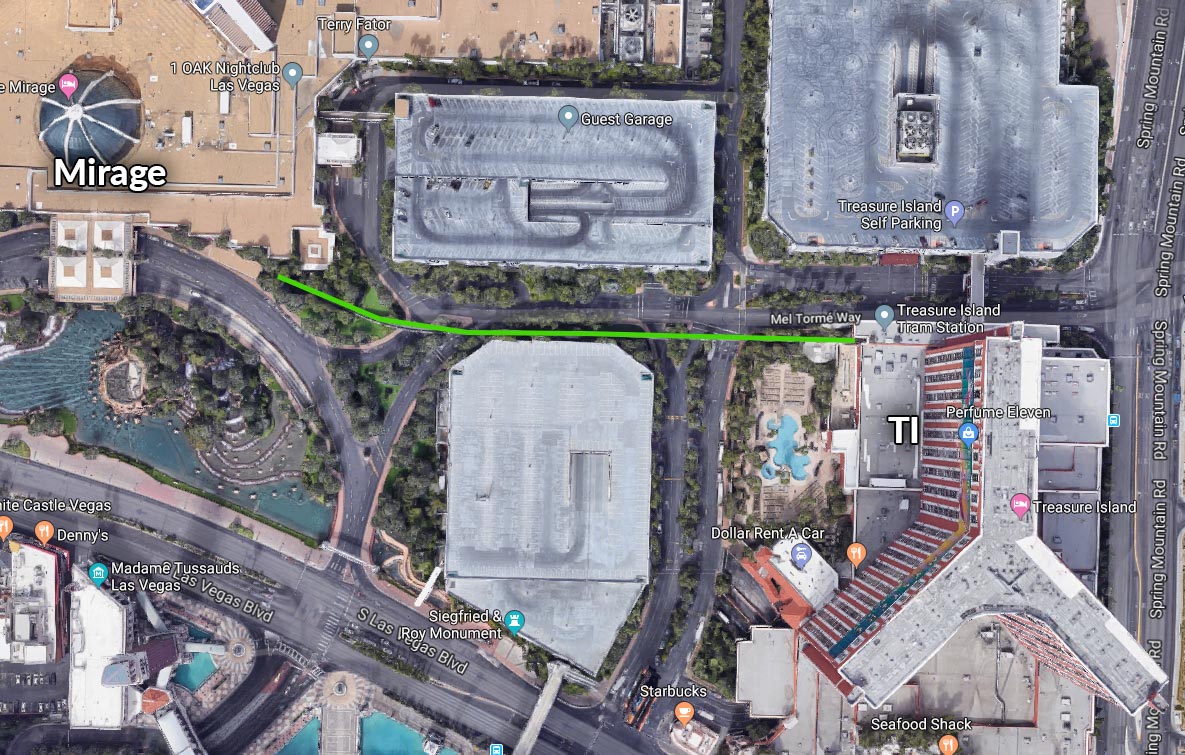 Mirage to TI tram on the Las Vegas Strip

Touring the Strip with the Free Tram System

Using the three free trams and a little bit of walking, visitors can easily explore the heart of the Las Vegas Strip from Mandalay Bay all the way down to Treasure Island.

Travel from Mandalay Bay to Excalibur on the tram. Walk across the pedestrian bridge located near the tram entrance to the north. Walk past the New York New York and continue on North to Park MGM. Use the Park MGM tram to head all the way down to the Bellagio. The tram stops near the hotel entrance, so this is a great time to explore an iconic hotel on the strip.

Use the pedestrian bridge on the other side of the Bellagio to cross over to Caesar’s Palace. You can stroll through the Forum Shops for retail therapy or continue down the strip sidewalk to the Mirage. Get on the tram at the Mirage and go directly to Treasure Island. Another pedestrian bridge will take you over to Venetian where another bridge waits to connect you to Wynn.

While you won’t be able to get all the way to Stratosphere via the free Las Vegas monorails and pedestrian bridges, this method of transportation keeps you in the heart of Las Vegas Boulevard where the most iconic and popular attractions are found.