There are almost endless choices…

So which are best for couples or achieving that “date night feel”?

Inside, we will uncover just a few options that will set the right mood for a fun, sexy, romantic, or just plain memorable night out in Vegas for two.

Zombie Burlesque offers one of the most fun, raunchy and hilarious shows for couples on the Strip. Set in the atomic era in 1958, Zombie Burlesque takes place at Club Z, where the undead performs for the living.

The most beautiful and sexy zombies in all of Sin City sing, dance, do stand-up, and perform a variety of aerial and acrobatic acts, along with feats of balance and strength.

Ideal show for: Great for couples looking for that sexy Halloween vibe with a bit of comedy too.

Opium is an adults-only show brought to you by Spiegelworld, a live entertainment production company whose adult shows offer an updated take on burlesque and vaudeville, combined with acrobatics, music, and adults-only comedy performances.

Opium takes place on the spaceship OPM 73 as it transports passengers from Las Vegas to Uranus.

With the vibe of a B-grade sci-fi movie, the show includes the comedic crew of the OPM 73, the Many Moons live band playing Earth’s greatest hits, and a variety of entertaining and hilarious acts that include dogs, bubbles, bananas, sword swallowing, hula hoops, juggling and more.

Why go: Great for couples looking for an out-of-this-world “Rocky Horror Picture Show” type of experience. 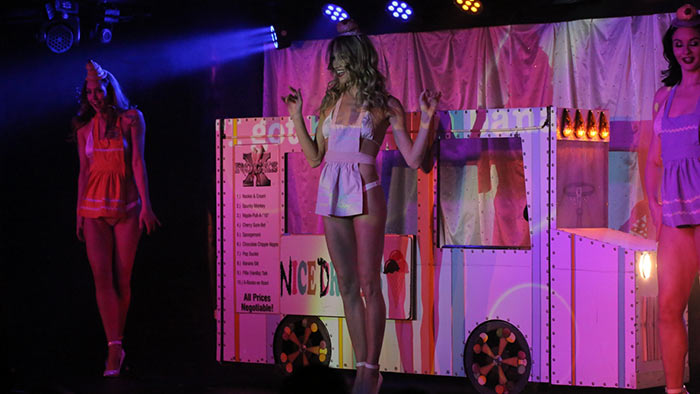 The show opens with a comedian and then segues into the X Girls, attired in tight leather and Slash-inspired hats, performing a number of choreographed routines to music that includes Metallica, Aerosmith and Led Zeppelin.

Ideal show for: X Rocks is a great show option for high-energy couples looking for a risqué night out. 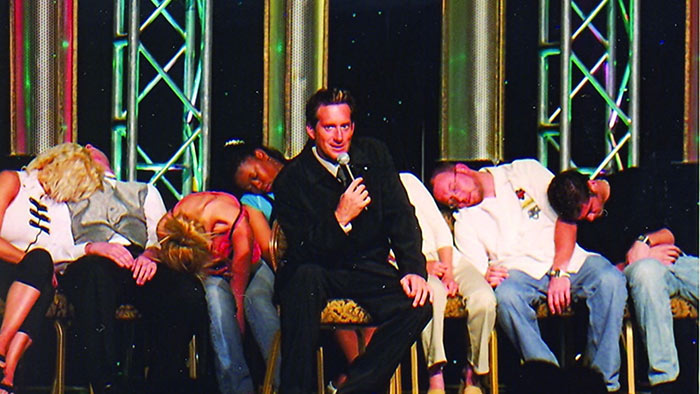 Anthony Cools inside the Paris Las Vegas. Photo via Paris.

Anthony Cools is a comedy hypnotist whose raw and uncensored adults-only show is guaranteed to make for a couple’s night out you will never forget. Willing audience participants are brought onstage, hypnotized, and become part of the show.

The stunts can include everything from forgetting your name, barking like a dog, and handshakes that elicit shocking responses, to more PG-13 fare including simulating sex acts, shouting out four-letter words, or sitting on strangers’ laps.

The show opens with a comedy act and includes a lot of adult language, but if you’re not easily offended, Anthony Cools’ brand of off-color and politically incorrect humor has been called entertaining and hilarious.

Ideal for: Those couples looking for a bit of comedy hypnosis.

5. Sex Tips for Straight Women from a Gay Man

Sex Tips for Straight Women from a Gay Man features titillating tips from the characters Dan, “the Gay Man”, Robyn, “the Straight Woman” and Stefan, “This Guy”, and a series of fun and funny, interactive demonstrations that encourage audience participation.

Ideal for: Great of couples looking for an outrageous and funny show with audience participation. 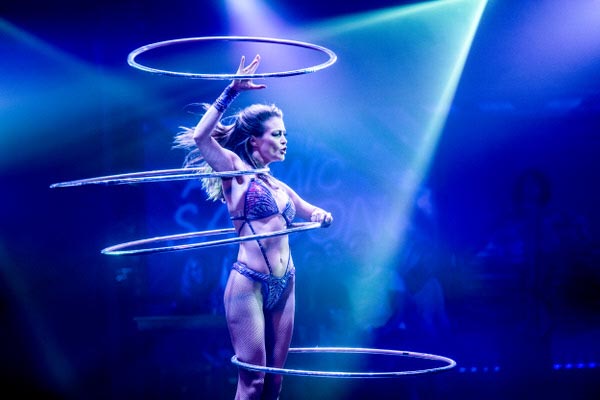 Atomic Saloon inside the Grand Canal Shoppes at The Venetian Resort, photo via Spiegelworld.

Opening September 2019, the Atomic Saloon Show is the latest production by Spiegelworld, the same production company responsible for Opium and that other classic Las Vegas comedy show, Absinthe.

Described as “Blazing Saddles” meets “America’s Got Talent” meets ”Westworld”, the Atomic Saloon Show follows Boozy Skunkton, whose first hotel was taken by the government to be used as an atomic bomb testing site.Now, decades later, she has returned to take over the Kraken Music Hall, a hidden saloon, which is located in the Grand Canal Shoppes at the Venetian.

With her collection of “abnormally sexy but sensationally amoral” entertainers, Boozy’s dream is to make her saloon show the greatest one on earth. The Atomic Saloon Show will feature comic actors, acrobats and variety acts in a re-imagined Wild West setting. 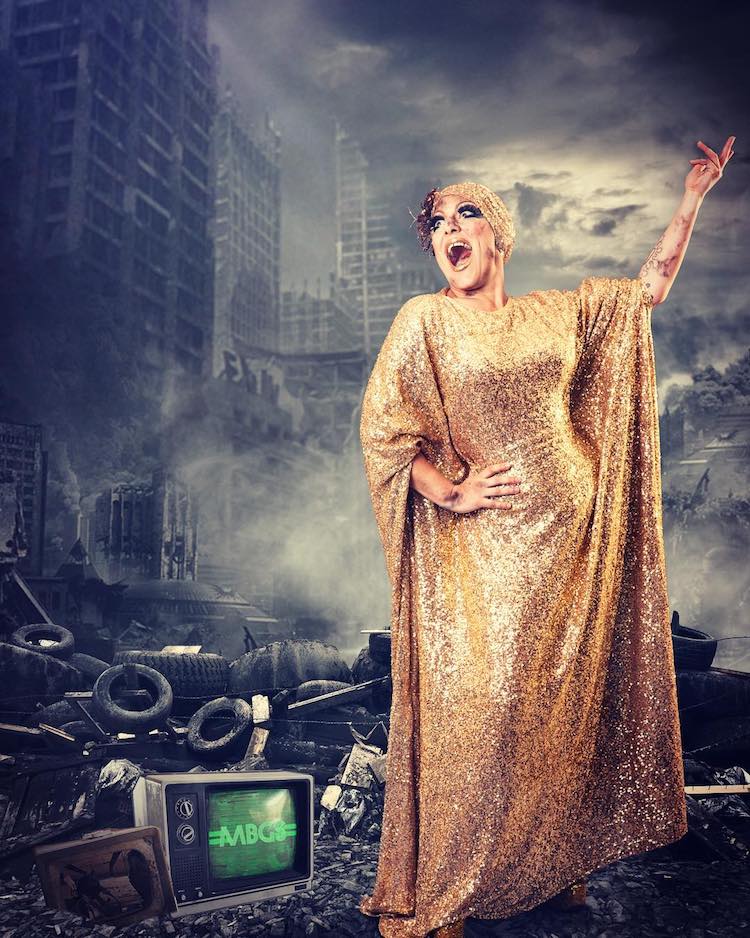 Part adult game show, but mostly a lot of ridiculous, fun, and easy-to-master audience participation bits, the Miss Behave Gameshow will have you on your feet and yelling within minutes. To get the most out of this absurd good time, be sure to bring your mobile phone and your knowledge of pop culture and 80’s music.

The Miss Behave Gameshow is brought to you by Miss Behave and her assistant Tiffany. Miss Behave is the alter ego of Amy Saunders, the show’s British-born creator.

A producer, performer and comedian, Saunders is also a self-taught sword swallower who has broken the Guinness record for most swords swallowed by a woman three times. She was also thrown off Britain’s Got Talent for, well, misbehaving.