If you’re into organized crime, mobsters, and gangsters, from the prohibition era, you have to make the Vegas Mob Museum a spot on your vacation to sin city.

The vast museum features four floors of artifacts, exhibits, and videos detailing the history of organized crime and law enforcement in the United States.

Get Tickets to the Mob Museum

A massive expansion recently happened in 2018 that added The Underground Speakeasy, a Crime Lab Simulator, Firearm Training Simulator, and a new exhibit about organized crime today. 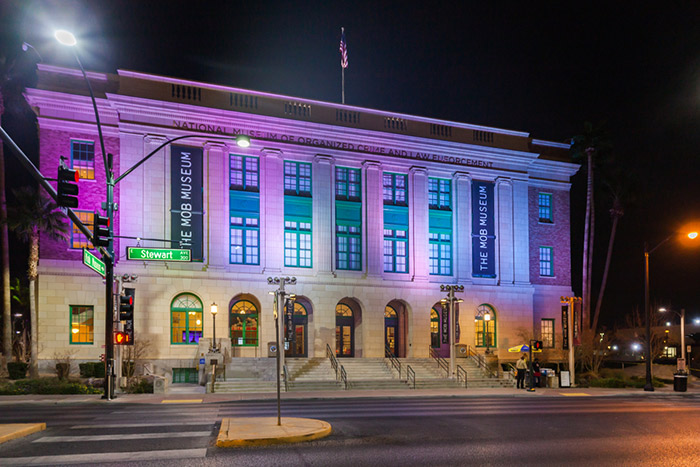 The entrance to the Mob Museum is just steps from Fremont Street.

If you are staying on the strip, there are several busses, as well as ride-share programs that will take Las Vegas visitors to Fremont Street or the Museum.

The Underground Speakeasy and Distillery is open 9 am to midnight.

Parking is available for a fee on-site but is limited.

Get Tickets to the Mob Museum 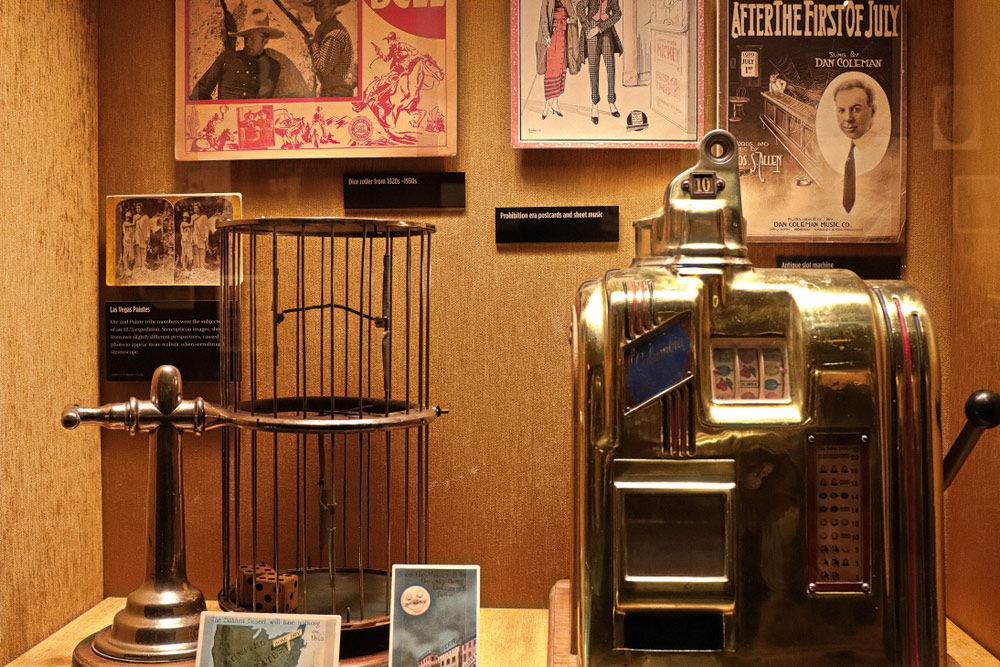 Visitors to the Vegas Mob Museum will be immersed in the history of organized crime in America and also the way law enforcement has developed to fight organized crime and mobsters.

The four floors of exhibits at the museum include incredible artifacts such as the valentine’s Day Massacre Wall with bloody bullet holes still present.

Other new exhibits, such as the firearms simulator and the crime lab bring brand new technologies into the museum that explores what law enforcement officers must do to catch some of America’s most notorious criminals.

In addition to the exciting exhibits at Vegas Mob Museum, there are plenty of opportunities to enjoy special events such as: 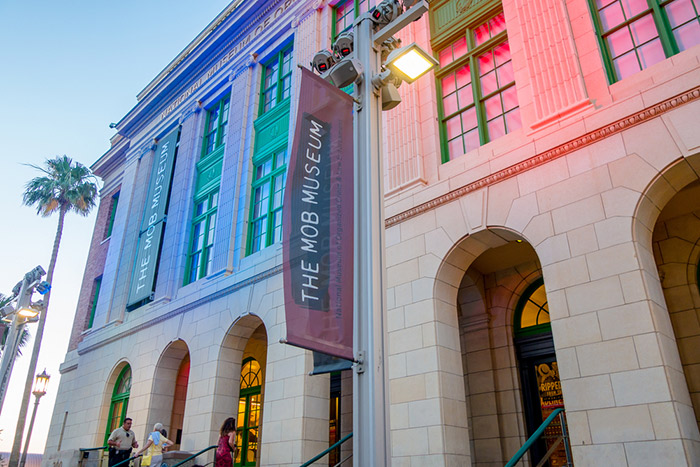 Other ways to save include booking your tickets online to save three dollars, a senior/military/law enforcement/teacher discount to save six dollars off general admission.

Students and teens also receive ten dollars off admission, and children under ten are free.

If you plan to visit the Mob Museum more than a few times a year, the annual membership costs only $45 and gets you complimentary entrance to programs, discounts in the speakeasy, and on parking all year round.

You can also order tickets through Tix4Tonight, although not always available. They offer up to 25% discounts.

Groupon offers tickets offers below retails so be sure to check them out.

Travelzoo offers one of the best discounts available for the Vegas Mob Museum with tickets starting at $21.50 for adults.

Ready for some blood?! Don’t miss out on all the Vegas Halloween things to do!

And hey, if you need a coupon, we’re here to help!